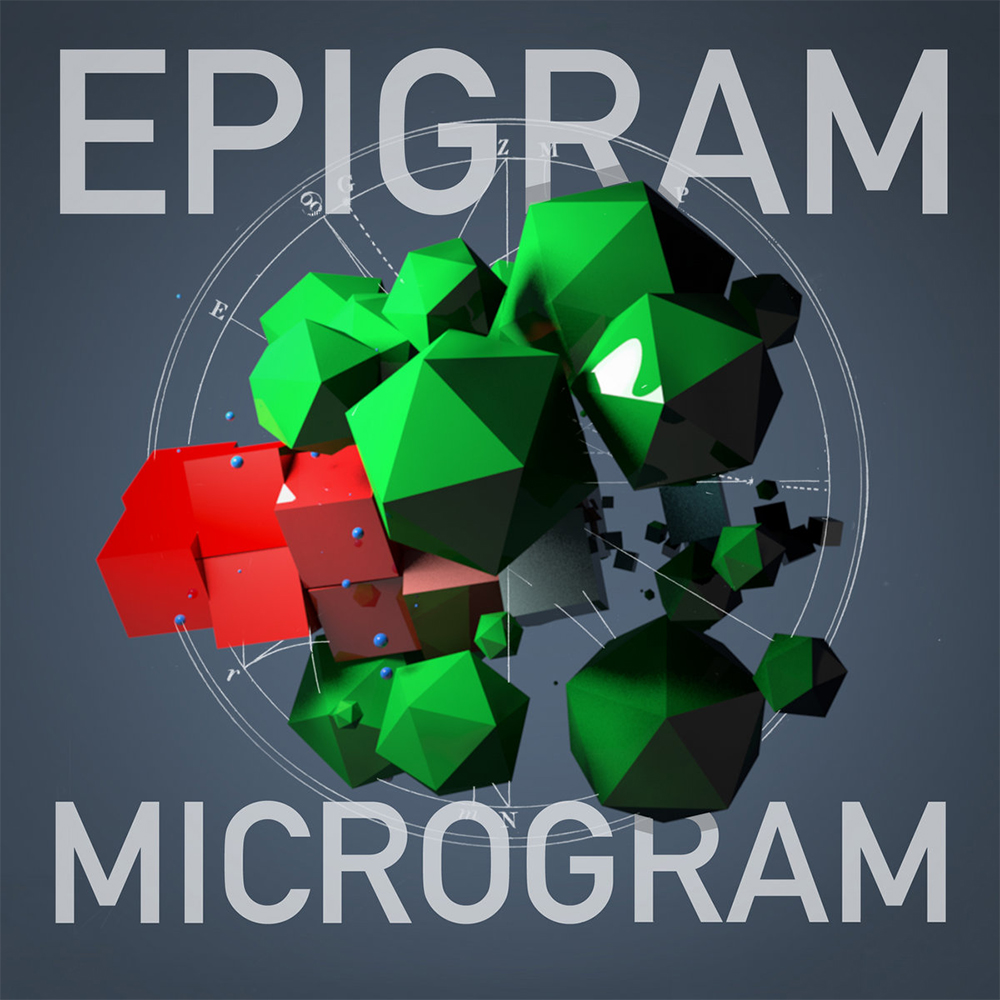 Recorded in 2002 and released "from the archive" in 2013, EPIGRAM / MICROGRAM (CZ) uses nothing but the sounds of the Casio CZ-101 synthesizer, with its characteristic digital fizz and shimmer, to create spacey instrumentals.

Each track explores one compositional idea, as étude, or aphorism: simple explorations of texture and harmony.

The CZ-101 originates in the work of Isao Tomita, whose most famous album was Snowflakes Are Dancing (1974), a post-Wendy Carlos collection of pieces by Claude Debussy played on Moog synthesizers. He embraced digital technology in the early 1980s, calling on Casio to develop a bespoke system for him: the 'Cosmo Synthesizer', which made its debut on Tomita's Dawn Chorus / Canon of the Three Stars in 1984.

The CZ-101 is the domestic version of that instrument: toy-sized and cheap, but full of potential for strange new sounds. You can run it on battery power. Vince Clarke bought a whole rack of them. Its phase distortion algorithms and unusual, eight-stage envelopes give it a distinctive voice. It can buzz and moan, or sing eerily.

The demos of these tracks were written on multi-track tape machines in my extremely modest studio. At the time, I was listening to minimalist and "English Experimental" music alongside the quirky electronica on labels like Planet Mu and Tigerbeat6. I re-recorded and mixed the album in ProTools, distributed a handful of CDR copies to friends, then forgot about it. I made the first tracks under the name Simon Bookish the following year, still built on synthesizers, but breaking away from process music.

This year (2013), I was reminded that EPIGRAM / MICROGRAM exists through conversations with Kerry Yong, who has made a specialisation of performaning high-modernist music on Casio keyboards. With an eleven year gap, I feel able to be relatively objective about the music; I like its modesty and small scale. And I like those cosmic noises.