Click here to read the lyrics or scroll down for information about the EP. 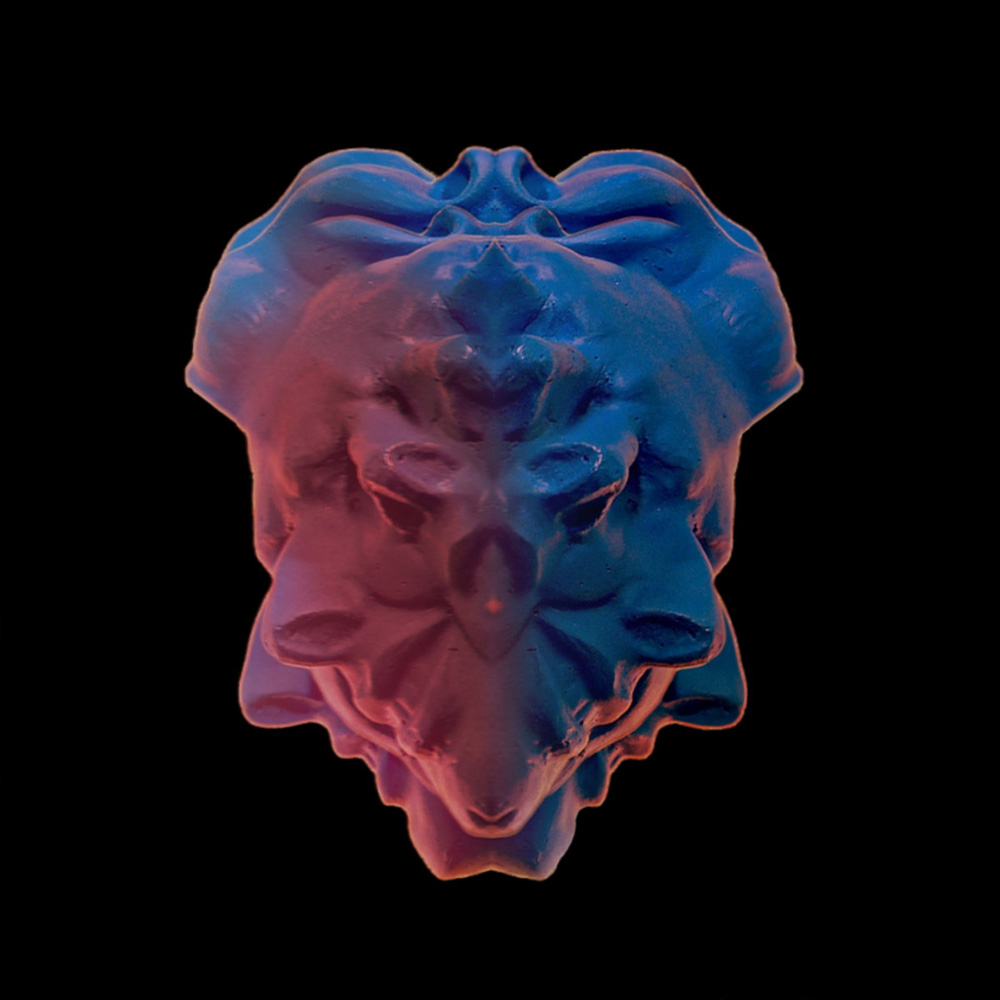 About Red and Blue

RED AND BLUE, the startling new release from Leo Chadburn (AKA Simon Bookish), is a collision between digitally-processed brass and distorted synthesizer drones; atonal electronic pop and drifting field recordings; and spoken word and unearthly vocalisations. Taking as its subject the Cold War 'special relationship' between the US and UK governments, it is by turns sinister, strange and mordantly witty, compressing a landslide of musical ideas into 16 and a half minutes.

RED AND BLUE can be seen as either a hyper-condensed album, comprising twelve fragmentary songs; an extended, kaleidoscopic single; or an abstract, experimental radio play. The text is inspired by the correspondence between Margaret Thatcher and Ronald Reagan, the twin icons of right wing politics throughout Chadburn's 1980s childhood in a UK East Midlands ex-mining town. Thatcher and Reagan's words are fractured and half-remembered in the surreal 'libretto', which imagines the two politicians as a pair of 'televisual spectres'.

RED AND BLUE is also a sister project to artist/director Jennet Thomas' 2015 film THE UNSPEAKABLE FREEDOM DEVICE, for which Chadburn wrote the score. Thomas' film, commissioned and exhibited by the Grundy Gallery in Blackpool, is a darkly funny science fiction fantasy, based on the idea of a futuristic 'cargo cult' of Mrs. Thatcher. It was threatened with a ban and temporarily postponed by local councillors (citing purdah and political bias), provoking a debate about censorship across the UK arts press. RED AND BLUE deploys soundscapes and recordings not included in the film, besides expanding on certain musical themes from the score.